The Ian Potter Arts Commissions are the Cultural Trust’s flagship award, complementing the main ongoing program of grants for individual artists. Over the past three decades sculpture, music composition and moving image art have been supported through the commissions program.

The Ian Potter Arts Commissions are major awards granted to individual artists for the creation of specific works in a particular art form. The commissions have taken various forms over several decades, responding to gaps and opportunities in the Arts considered to stand to benefit most from such an investment.

Launched in 2012, the Ian Potter Moving Image Commission is Australia’s most significant long term commissioning program of new contemporary moving image art by Australian artists. Realised through a collaboration between The Ian Potter Cultural Trust and the Australian Centre for the Moving Image (ACMI), this biennial award represents a ten-year commitment to the art form.

The Ian Potter Moving Image Commission enables a mid-career artist to produce an ambitious new work which demonstrates a major development or shift in their practice.

The commission provides two levels of support to the commissioned artist: they will receive $100,000 from The Ian Potter Cultural Trust, as well as highly specialised curatorial, production and presentation expertise provided by ACMI.

In addition to developing the artist’s professional practice the commission aims to cultivate a greater understanding and appreciation of contemporary moving image practice for Australian audiences.

Taking as a starting point films such as the Lumiere Brother’s Leaving Jerusalem by Railway (1896), regarded today as the first ever tracking shot, Daniel Crooks’ Phantom Ride creates a continuous, seamless tracking shot that moves the viewer through a fragmented reality, constructed from a collage of Australian railways.

For Phantom Ride Crooks filmed disused country railways, abandoned urban train tracks, tram tracks and maintenance depots throughout Victoria and New South Wales. By compositing these images together he has constructed a collaged journey through the natural and constructed, and often abandoned, landscapes of our contemporary environment.

The work was exhibited at ACMI from 16 February to 3 July 2016, and is now accessioned into the ACMI Collection. 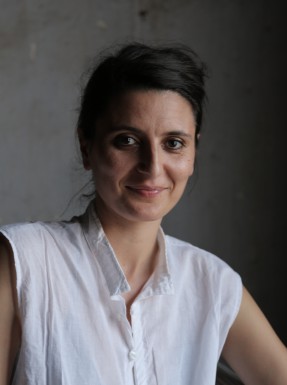 In December 2012, Angelica Mesiti was announced the inaugural recipient of the Ian Potter Moving Image Commission for a work entitled The Calling. It focuses on whistling languages, ancient forms of non-verbal communication which are still used today to communicate in isolated and difficult landscapes. Angelica’s work, which she shot in three communities in Greece, Turkey and the Canary Islands, was described by the judging panel as “sophisticated and compelling”.

The work was completed over 12 months and unveiled at ACMI in February 2014 to critical and popular acclaim, attracting thousands of visitors during its exhibition.

To learn more about the Ian Potter Moving Image Commission, including how to apply, visit www.movingimagecommission.org.au

From 1999 - 2009, The Ian Potter Music Commissions represented Australia’s premier music composition awards. Presented biennially, the Commissions were judged by some of Australia’s most respected music artists, conductors and composers.

The Music Commissions were established to help put the spotlight on composition of new Australian music, an area that lacked profile and investment yet deserves to hold a central role in our cultural and artistic landscape.

Initially the Commissions provided smaller grants to multiple recipients but following a review by the judging panel in 2003, the Trustees agreed to focus on two categories of composers to encourage real ambitions and real scope. The idea was to select two fine artists with outstanding ideas and back them to allow their ideas to come to fruition.

Moreover, the Trust’s intent was to recognise and invest in Australia’s most talented composers and provide them with the liberty to explore new possibilities in their work.

The Ian Potter Cultural Trust is proud of the contribution the Commissions have made to the cultural life of Australia through the professional development of some of the country’s most talented composers and the production of several highly successful works over 10 years.

In the 1980s The Ian Potter Foundation supported the acquisition of a series of sculptures. Acquisitions through the program included a number of original works now housed at The National Gallery of Victoria, including commissions by artists such as Geoffrey Bartlett and Les Kossatz.

Probably the best-known sculpture acquired through the Sculpture Commission is the Hand of God.  This bronze sculpture was crafted in 1954 by Sweden’s most prominent sculptor of the 20th century, Carl Milles. One of Milles's most famed works, this piece is the artist’s duplicate of the original, which is housed in Sweden.

In May 1980, the bronze sculpture was presented to the Arts Centre by the Swedish ambassador, Mr Lars Hedstrom and Sir Ian Potter, and in 2010 was relocated to its present situation on the lawns of The Sidney Myer Music Bowl in Melbourne.  The purchase was funded by the Foundation and seven Swedish companies operating in Australia and was selected by Sir Ian on a visit to Sweden.